The Offshore Patrol Cutter is the U.S. Coast Guard’s highest investment priority and will provide the majority of offshore presence for the Coast Guard’s cutter fleet. It has been described by the Commandant as the "backbone of the future fleet" and will serve multiple national security mission types around the globe.

The OPC will provide a capability bridge between the national security cutter, which patrols the open ocean in the most demanding maritime environments, and the fast response cutter, which serves closer to shore. The ships will feature state-of-the-market technology and will replace the service’s 270-foot and 210-foot medium endurance cutters, which are becoming increasingly expensive to maintain and operate.

The 270-foot and 210-foot medium endurance cutters that the OPC will replace are approximately 30 and 50 years old, respectively. The Coast Guard has made targeted investments to improve the reliability and operational availability of the medium endurance cutters, but they are still on their way to technological obsolescence. In addition, the Coast Guard’s missions have evolved in response to changing national and international maritime security needs, and the service needs a fleet designed to execute its missions. The OPC is the most effective way to fill the service’s need for long-term offshore capability to maintain current and future mission effectiveness.

The OPCs will provide the majority of offshore presence for the Coast Guard’s cutter fleet, bridging the capabilities of the 418-foot national security cutters, which patrol the open ocean, and the 154-foot fast response cutters, which serve closer to shore. The OPCs will conduct missions including law enforcement, drug and migrant interdiction, search and rescue, and other homeland security and defense operations. Each OPC will be capable of deploying independently or as part of task groups and serving as a mobile command and control platform for surge operations such as hurricane response, mass migration incidents and other events. The cutters will also support Arctic objectives by helping regulate and protect emerging commerce and energy exploration in Alaska.

The U.S. Coast Guard selected Eastern Shipbuilding Group to design and build the Offshore Patrol Cutter in 2016. ESG is currently constructing hulls 1-4 of Stage I of the program. As the prime contractor, ESG is working with more than 200 suppliers from more than 35 states to construct these impressive vessels.

– Innovations of the OPC design

– How to mitigate risk 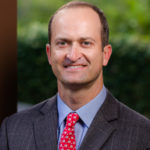