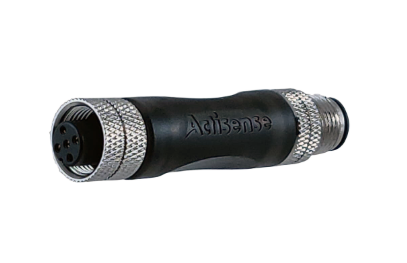 Marine electronics specialist, Actisense, have unveiled a world and industry first: TER-U – a smart universal micro-terminator for the NMEA 2000® bus.
What makes the TER-U unique is that it acts as an intelligent diagnostic terminator which provides instant feedback as to the state of the NMEA 2000 bus onboard. It is also a universal terminator which can be used as an in-line terminator or else as either a Male or Female terminator, as it comes supplied with blanking caps.

Phil Whitehurst, CEO of Actisense, said:
“In our experience, we have found that the vast majority of issues with NMEA 2000 networks are simply due to the fact that the bus is not powered (e.g. due to a blown fuse), the voltage is too low (e.g. because of bus length; device current from LEN are not calculated correctly; or new devices added to the bus change the overall LEN), or networks are not terminated correctly (i.e. bus does not have 2 terminators).

Because the TER-U is not only a termination resistor, but it has a built-in high accuracy voltage monitoring circuit which continuously monitors the bus voltage, it will illuminate its internal LEDs when it detects that the bus voltage is of the correct polarity. If it detects that the voltage is within the minimum required range, it will indicate ‘GREEN’ immediately, providing continuous valuable feedback as to the state of the bus.”

Mr Whitehurst went on to explain that if the voltage fell below the minimum required level of 9.0V then the LED’s would illuminate ‘RED’, showing there was a potential problem with the NMEA 2000 bus power. Similarly, if the LED’s did not illuminate at all, that would indicate that there was no power or that the polarity was incorrect. This monitoring function would happen continuously and remain permanent.

Because these terminators are illuminated, they instantly provide feedback that the terminator is actually present (i.e. able to identify that there are two terminators present) – especially helpful in difficult-to-reach locations.

This smart universal micro-terminator can be used as either a male or female terminator or even as a feed through terminator for applications at the top of masts, thus making it truly universal. Like all Actisense A2K products, it is fully over-moulded (IP67) and utilises Metal Coupling Nuts making it rugged and reliable.

For more information about Actisense and the rest of their award-winning NMEA products, visit: www.actisense.com.